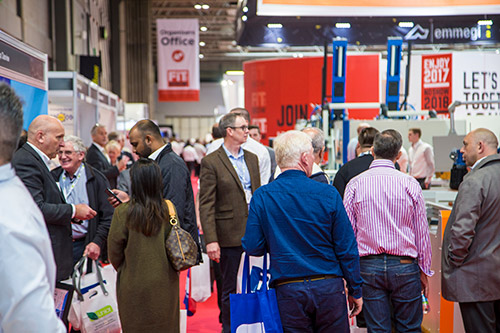 With FIT Show 2017 still fresh in the memory of the window, door and conservatory industry, attention now turns to the FIT Show 2019, which hopes to top the huge success of this year’s first show at the NEC.

The move to the National Exhibition Centre prompted a surge in exhibition stand bookings last year when the new venue was announced. This year sees a similar trend, only this time instead of the new venue being the catalyst, previous exhibitors are booking their stand space so they can start planning how they are going to top this year’s show. With 22 months still to go until FIT Show 2019 –taking place on 21st to 23rd May – 50% of the exhibition floor space has already been booked. And while this is quite a feat, according to the show’s organisers, it’s even more of a feat when you learn that the gross floor space for FIT Show 2019 is 30% larger than this year’s show.

Nickie West, event director of FIT Events, the company behind the FIT Show, said: “With the rapid growth of the FIT Show, we knew we had to move from Telford to the NEC and it proved the right decision looking at the numbers from our first show in Birmingham. With a visitor increase of almost 17% in comparison to our previous show we owe that to some of the most creative marketing campaigns from exhibitors and impressive stands we’ve seen yet. And having 50% of floor space for 2019 booked already just shows the commitment this industry has to its industry event.”

“The fact that there’s still 22 months to go until the show takes place we’re pretty confident that this one will be a sell out if half of the stand space has already been booked in just over two months,” Nickie added. “We’re excited for the next show, as are our exhibitors. All the stops will once again be pulled out and the stands will be more extravagant and more creative because the industry has seen the results the FIT Show can deliver.”