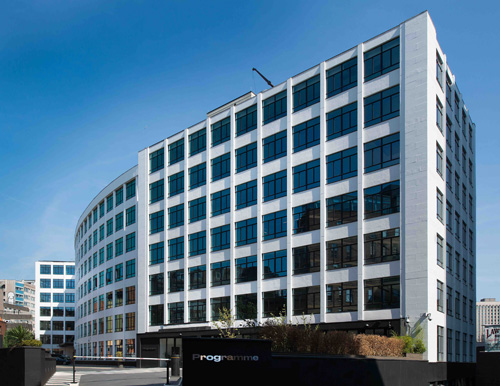 Clement Windows Group has manufactured and installed 510 new steel windows at Programme, formerly The Pithay, in the heart of Bristol’s City Centre.

According to Clement, it was thrilled to win the job, particularly as the father of the current chief executive, Peter Clement, installed the original windows back in 1966.

EB24 steel windows, only available from Clement, were specified for the project. The new frames were polyester powder painted in RAL 9004 Signal black, (the originals had been white) in order to give a fresh look and modernise the building as a whole. The new windows are fitted with 24mm argon filled insulated glass units.

Liz Barnard of Programme commented: “Constructed in the 1960s and one of Bristol’s landmark buildings The Pithay had become tired, dated and lacked purpose. A plan was developed to revitalise and regenerate the building. The steel windows from Clement provide the perfect solution – modern double glazed, thermally efficient versions of the single glazed originals – which incidentally they supplied – when it was first built!”