Veka UK Group’s trainee operations manager, Khaleel Mahmood, has been named joint winner of the Young Employee of the Year Award at the Burnley Business Awards 2019.

The trophy was presented in recognition of the valuable contribution Khaleel has made to the PVC-U systems supplier since he joined in 2017.

The awards ceremony, organised by Burnley Council and the Burnley Bondholder Brand Scheme, was held at Towneley Hall and hosted by Christian Fraser from BBC World News. The event celebrated the region’s economic infrastructure; recognising and rewarding the hard work of companies and individuals across the Burnley business community.

Veka UK Group was shortlisted for four awards, including ‘Manufacturing Excellence’, ‘Employer of the Year’, ‘Burnley Business of the Year’ and ‘Young Employee of the Year’ which hardworking Khaleel scooped on the night.

Operations director, Paul Armstrong, said: “Veka UK Group is a major Burnley employer and we were delighted to be shortlisted in so many categories at the Business Awards; it’s always a pleasure to be recognised for continuing hard work, and being shortlisted in four such varied categories shows that ours is a well-rounded company, as committed to staff training and development as we are to manufacturing excellence.

“Khaleel’s award was very well deserved; since joining us, he has consistently gone ‘above and beyond’ in every task and has thrown himself into every available training opportunity. It’s hard to believe how much he’s achieved in just two years.

“Khaleel’s first project saw him lead a team in carbon fibre wrapping concrete beams within the technically advanced mixing plant. He was responsible for managing his team safely and effectively and for managing a budget of £200,000. This task was completed under budget and well within the expected timescale.

“In the packaging department, an increase in production had led to a bottleneck of around 150-200 pallets of manufactured product – with a combined value of £280,000 – which had not yet been made ready for sale. Khaleel and the team had this backlog cleared in under three months.

“Khaleel then spent four months on shifts in the lamination department where he acted as interim production unit leader during the restructure of three teams. Khaleel proved that, as well as being logical and practical, he is also great with people and well liked across the business; a natural Veka leader.

“These experiences led Khaleel to his current role as graduate trainee in operations management. He’s proven himself to be capable, intelligent and efficient in a way that makes him a pleasure to work with and a huge asset to the business; displaying Veka values at all times.

“Our congratulations to Khaleel and all who celebrated at the Burnley Business Awards evening.”

Khaleel said: “I was absolutely thrilled to be named joint winner of this award. I knew I had been shortlisted, but it was still a big surprise to win on the night. When I read the profiles of the other nominees I was really impressed; the calibre of competition was high, so I’m very proud of myself.

“The support and encouragement I get from my colleagues at Veka UK Group is fantastic, but it was extra special to have an independent panel of judges acknowledge that I’m doing a good job and pushing in the right direction.

“Having such a commendation has motivated me even more – to work harder than ever, and see what else I can achieve in the year ahead.” 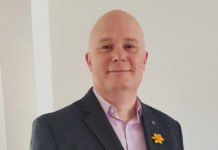 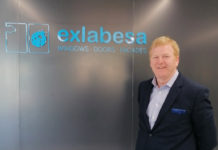 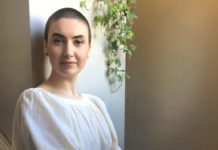 ‘Bringing a wealth of experience’

Quarter century at BM for Bailey