Enfield Speciality Doors says that the doors it provided to the Ministry of Housing Communities & Local Government (MHCLG) to help with fire door testing after the Grenfell disaster, have passed the latest, more comprehensive fire test ‘by a large margin.’

Enfield says that it provided technical advice, design and fire protection expertise plus three sample doorsets designed to withstand fire for a minimum of 30 minutes. The new test measures the fire resistance of doors opening both into and away from the fire.

According to Enfield, the doors it supplied measured 6’6” by 2’9” with Sapele Mahogany veneers, similar in style to those specified for 1960s and 1970s tower blocks. Enfield claims that its doors exceeded the ‘opening in’ test time by 19% and ‘opening out’ by an ‘exceptional’ 70% (51 minutes).

Nigel Sill, Enfield Speciality Doors’ chairman, said: “We were pleased but not surprised that Enfield’s doors passed the test, which MHCLG sponsored, with a reassuringly large safety margin. It’s critically important that the Fire Service and residents have enough time to get in and out safely in the event of a fire. So, we over-engineer our doors to give them this extra safety time built-in to every door.” 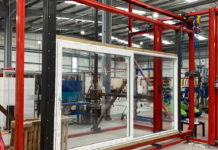 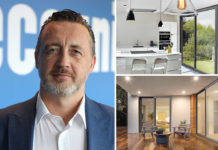 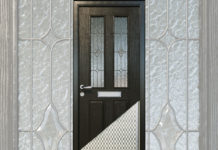