Solidor says it is ready for Approved Document Q when it comes in on October 1, and the revised PAS24 security test when that comes into effect later in 2015.

Document Q, which applies to new build and extensions, requires all doors to have achieved PAS24.

Solidor managing director, Joe Martoccia, explained: “In an independently conducted ‘dry run’ to confirm its readiness, Solidor passed the newest, more difficult test with honours. In fact, Solidor surpassed it with a huge margin to spare. But the new test will create disruption in the market. As currently specified, many composite doors fail the existing PAS24 test. They also fail the new more demanding PAS24 ‘cut test’. We know because, as you’d expect from the leading quality composite door manufacturer, we tested Solidor against composite doors representing two thirds of the market. Other doors are simply not ready for Q.”

The revised PAS24 test gives composite doors three minutes to survive an attack using two chisels (a 6mm and a 25mm) and a Stanley knife. If, using just these tools, the tester can cut a 50mm square hole through the door in less than three minutes, the door fails. If he can’t, it passes. Why 50mm? It’s just large enough to squeeze a hand through to turn a key or thumb turn and open the door from the inside.

After removing the tough outer thermoplastic skin, the tester could not cut through Solidor’s unique hardwood timber core. Despite the violent attack, damage was superficial, and it was clear it would have taken much longer than three minutes to get through Solidor’s solid laminated-timber core.

“Other doors failed the test in less than 1½ minutes,” continued Joe. “But the thick timber core in a Solidor stopped the tester in his tracks. It would have taken hours to get all the way through, and no burglar is going to do that!

“According to research by Manchester University, when homeowners buy a door, security is their chief concern,” added Joe. “So, it’s reassuring for the trade and consumers to know that Solidor is almost certainly the most secure composite door on the market. By a long way. Now everyone understands why Solidor is a solid door. It’s why Solidor has both style and security in spades!” 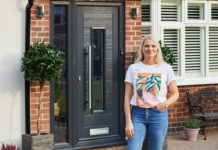 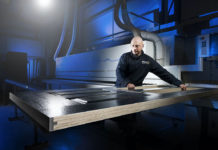 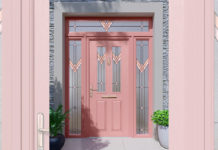 Invest in the Rose Gold standard