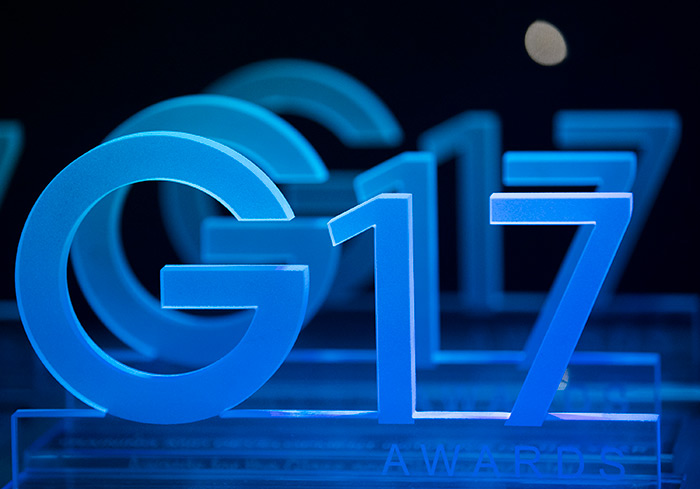 The window, door and conservatory industry celebrated in style at the G-17 Awards in London last Friday.

Held once again at the prestigious Hilton Hotel on Park Lane, the glazing industry ‘Oscars’ were hosted this year by comedian Russell Kane, who proved to be a big hit with the hundreds of guests who had gathered for glamorous black-tie event.

Two of the most hotly contested prizes, for Fabricator of the Year and Installer of the Year, were won by the Glazerite UK Group and SEH BAC, respectively. The latter also picked up a second award for Promotional Campaign of the Year (Retail).

Other highlights included Solidor’s Danny Barnett winning the Unsung Hero Award and the Thermoseal Group – a company that’s no stranger to G-Award success – claiming the Derek Bonnard Award for Excellence.

This year, the G-Awards also featured the Fensa Installation of the Year – which was won by Artisan Conservatories & Windows, Clwyd – and the GGF Lifetime Achievement Award, which was picked up by Greg O’Donoghue.