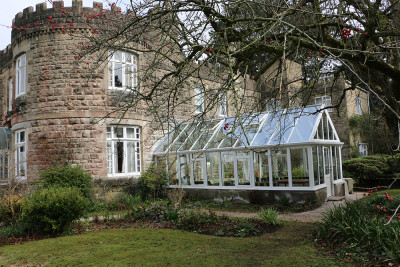 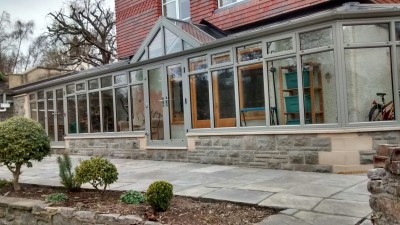 Atlas has marked the first anniversary of its Installation of the Month competition – set up to honour the best Atlas orangery, conservatory and rooflight installations – with the announcement of a double win for Mendip Conservatories in the March competition.

The first winning entry from the Bristol-based installer was a replacement conservatory on a 130-year old mock castle in Bath, which housed a well-established grapevine. Mendip reportedly worked closely with the technical team at Atlas to create a ‘robust and inviting’ conservatory to replace the original timber structure, which was said to be on the verge of collapse. The new specification includes a white aluminium Atlas conservatory roof and white PVC-U woodgrain windows from Atlas’ sister company Customade.

According to Mendip, the second winning entry – to replace a poorly constructed conservatory with a smart wraparound extension – was the biggest and most ambitious project it had ever undertaken. The company said it developed a bespoke window system, which was complemented by an Atlas roof system. Both the windows and roof were finished in a traditional Ral colour – stone grey 7030 – to contrast with the traditional style property.

Kim Eyres, owner of Mendip Conservatories, said: “We are on a mission to win in this year’s Installation of the Year awards so we’re absolutely delighted to have won a double award for two very different projects. Both of them were complex and challenging and we worked together with the Atlas team to make them successful installations. The customers are delighted with their new extensions which have breathed new life into their properties. We’re really proud of these stunning installations and our double victory in March.”

To be considered for Atlas’s Installer of the Month competition, and to be in with a chance to win Installer of the Year, submit your Atlas roof installations via Twitter to @Atlasroofjohn using the hashtag #AtlasShowOff, or on email to marketing@atlasroofsolutions.co.uk.

Going from strength to strength