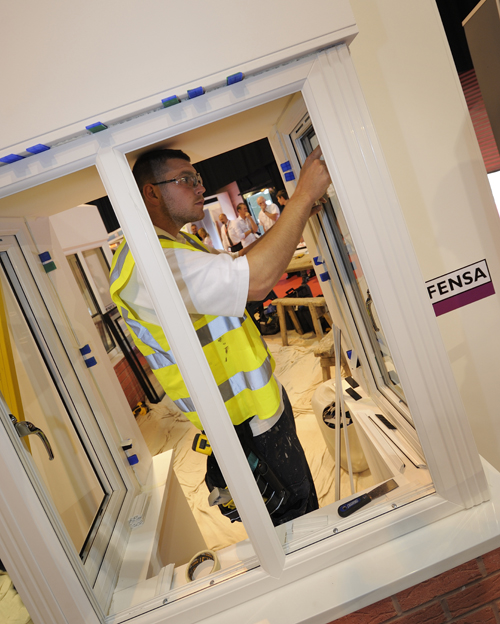 With GQA running ahead of schedule in its assessments for the FIT Show Master Fitter Challenge, the decision has been made to extend the deadline for entries until Friday 15 January 2016.

GQA, the leading qualifications awarding organisation for the glass and glazing industries, has managed and provided assessment and judging for the Master Fitter Challenge since the first event in 2013. An early influx of entrants for 2016 has allowed GQA to bring the first two stages of the judging process – telephone interviews followed by site assessments – up to date with the capacity to handle additional entrants.

Mick Clayton, managing director of GQA says he has been impressed so far: “The quality of entrants has been excellent and we are especially impressed with the number that have sailed through the initial assessments. The standards are high and actually we believe competition will be tight so there is plenty of opportunity for any companies or individuals who fancy themselves to be a cut above the rest in fitting windows, doors and for this year, a porch roof, to prove themselves and be in with a shout for the £5,000 first prize.”

There are cash prizes totalling £10,000 but for many, the kudos of having the trophy and Master Fitter Challenge winner’s logo on their vans is the biggest reward, as past winners have testified. “Just being a finalist in the competition gave potential customers the confidence to sign up with us and not our competition,” said one.

All six finalists will compete live at The FIT Show in Telford during April and will be invited to attend the FIT Show gala dinner as guests of the organisers where the winner will be announced.

Full details and an entry form for the 2016 FIT Show Master Fitter Challenge can be found at www.fitshow.co.uk/master-fitter-challenge

The Fabricator Installer Trade (FIT) Show takes place at The International Centre Telford on 12th, 13th 14th April 2016. General information on The FIT Show can be found at www.fitshow.co.uk