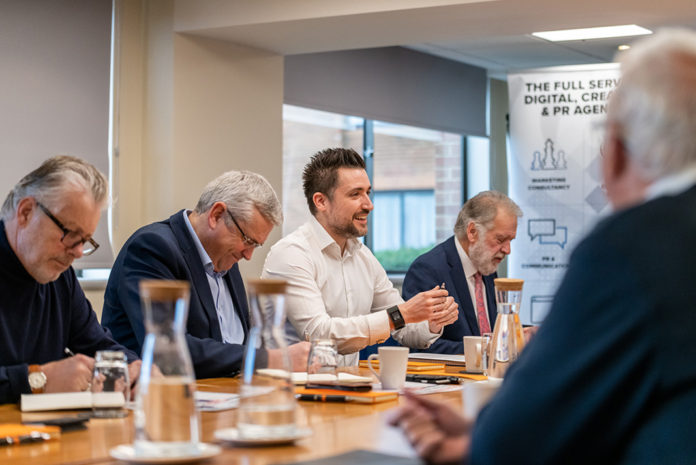 Purplex, the marketing consultancy for the glazing industry, recently hosted the first in a series of roundtable discussions which aim to tackle some of the key issues affecting the industry.

The ‘Purplex Debate’, held on 28 January, focused on adding value among insulating glass manufacturers and saw senior directors from across the supply chain discuss ways the industry can promote the innovation and quality that goes into modern IGUs more effectively.

Sam Cross, account director at Purplex, chaired the debate and posed a series of questions to the delegates. Sam commented: “The purpose of the ‘Purplex Debate’ is to provide a platform for experts to share ideas in an open and transparent way. This debate focussed on how we can change the perception of glass in the trade, commercial and retail markets and it made for a very lively discussion.

“The reality for IGU manufacturers is they are producing better quality than ever before, but their products are often commoditised. There is a clear lack of awareness of the innovation that goes into modern glass units, and we discussed ways the industry can create more value and ultimately help IGU companies achieve better margins.”

Delegates reportedly debated whether such a group could form part of an existing organisation or be an independent entity, and who should drive the initiative to get it off the ground.

“The debate raised some big questions which cannot be solved in an hour-long roundtable, but the issues have now been raised and I’m sure the conversation will continue over the coming weeks and months,” Sam added.

Crown set to reign once more

Kolorbond brightens up the FIT Show