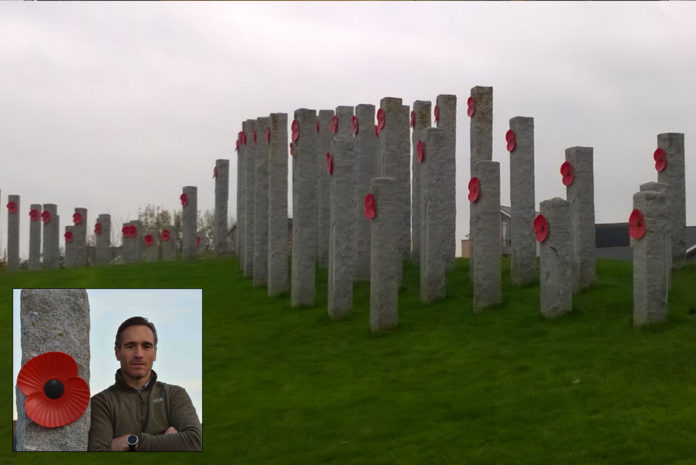 AluK’s senior product marketing manager, Dave Prout, has created a memorial to mark 100 years since the end of the First World War. Described as ‘inspirational’, the sculpture overlooks the sea in his home town of Portishead, Bristol.

Prout has invited businesses, organisations and individuals to sponsor one of 100 oversized poppies which he has placed on each of the individual granite columns which make up the contemporary artwork. His aim is to raise £10,000 for the Royal British Legion and, with the support of the likes of AluK, he has almost hit his target.

The poppies have been in place since 4 November and will remain there until 18 November. There is still time to support Prout’s efforts and to get your name on the supporters’ Roll of Honour, which is being displayed at the sculpture, online via The Royal British Legion’s Portishead Branch and in the local press.