The eight finalists of the FIT Show Master Fitter Challenge, organised in association with FENSA, have been chosen.

,Following a ‘long and testing’ process undertaken by the assessors of GQA Qualifications, eight fitting teams have been selected from dozens of hopefuls to take part in the live finals on the first two days of the FIT Show, which takes place from 10 – 12 June, at the International Centre, Telford.

,Four finalists each day will be expected replace a bay window, install a residential composite door and ‘fault-find’ a further resi-door, under the ‘strict scrutiny’ of a panel of GQA judges. Finalists will be marked up or down for their installation skills of course, but also a wide range of criteria such as health and safety and customer care considerations.

,The finalists include first time entrants David Pullford and Jack Elm from Everest; David Keats and Jonathan Mountford from DK Windows and Steven Price from Conwy Valley Windows and Conservatories. Those entering for a second time in the hope of taking home some of the £10,000 prize money and the kudos of the title are: Karl Kinsey and Paul Casbolt from Yes Glazing; Dave Eagles and colleague from Xavier Windows; Scott Higgs and colleague from Walkers Windows; and Craig Hanson from Pennine Trade and Retail. Turning up the heat is last year’s winner, Arron Clegg, who, with a colleague from Eco-Sash, will be seeking to keep his crown.

,“The standards set by these people are very high indeed,” said GQA’s Andy Carrington, who led the assessors throughout the process. “It was a very difficult task to separate eight from many of the other contestants as the standard overall has been excellent. These guys set standards that others should follow.”

,A first prize of £5,000 will be presented to the winner, with further prizes of £3,000 and £2,000 for the second and third placed finalists of the competition, which has been organised in association with FENSA and with the support of sponsors Liniar, Truedor, Rapierstar and The Independent Ratings Company. 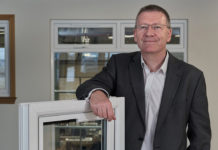 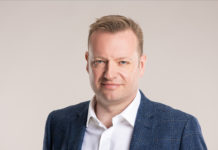 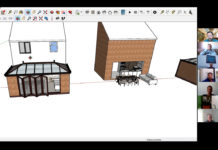 Profile 22 is back at GreenbuildExpo