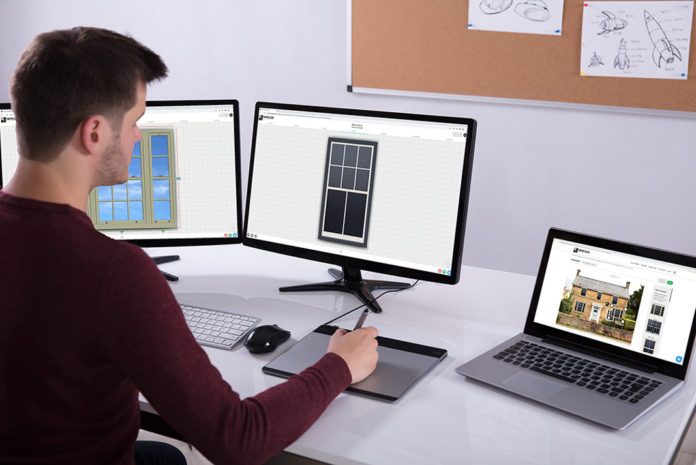 The sash window manufacturer is the first fabricator to offer Framepoint Live to its network of installers.

“It takes a couple of clicks to overlay the windows on the homeowner’s property,” continued Mike, “and then email or print them out on a professional, branded quote, which includes live, accurate prices – updated directly from Roseview – and discounts if required. You can even include casement windows, front doors and bi-folds from other manufacturers in the same quote – and then split orders to suppliers, in seconds. It really is a gamechanger.

“We’re delighted to be working with Roseview,” said Chris Brunsdon, CEO of Tommy Trinder. “As a former installer myself it’s been a pleasure to ensure the quality of their windows really shines through. With Framepoint Live, installers selling Rose Collection sashes can configure and price as they go, and place clean orders directly to manufacture with no queries. It speeds up the process for both parties, while the front end enhances what installers do best – selling windows!”

Launched in January, the Framepoint app is now said to have over 500 individual users. Over 40 companies reportedly signed up in June, with installers using the app to quote for over £26 million worth of windows and doors in that month alone.