Brisant Secure has launched three new videos showing how quickly a burglar can break into a real house with three different cylinder lock types most commonly used by the industry. The videos are on the Ultion website at www.ultion-lock.co.uk.

Brisant Secure CEO Steve Stewart said: “We want to show the industry the security it’s selling. We’ve produced the videos carefully, showing a lot of the attack, but we’ve used different camera angles so we don’t show people what burglars already know – how to break into a door.”

The videos show real attacks on a real house with a real door fitted in turn with a standard cylinder lock, an anti-snap lock and a Kitemarked TS007 one star anti-snap lock. All three locks are broken in well under a minute. Each attack is shown alongside an attack on an Ultion lock, Brisant’s flagship high security cylinder lock.

The locks most of the industry uses effectively categorise installed doors as nine second, 18 second or 45 second doors. And then there is Ultion, which stays locked, keeping the house and the family inside secure.

“It’s alarming to see how quickly doors fitted with these commonly used cylinders simply let burglars in,” continued Steve. “The videos show that if a standard £3 cylinder is fitted on your door, a burglar can get in and take your car keys from the table beside the door in just nine seconds. It’s time the industry took security seriously.”

Watch the videos now at www.ultion-lock.co.uk 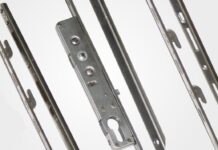 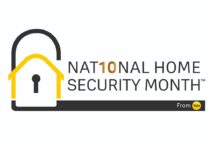 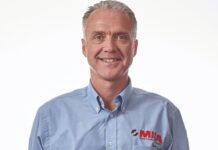