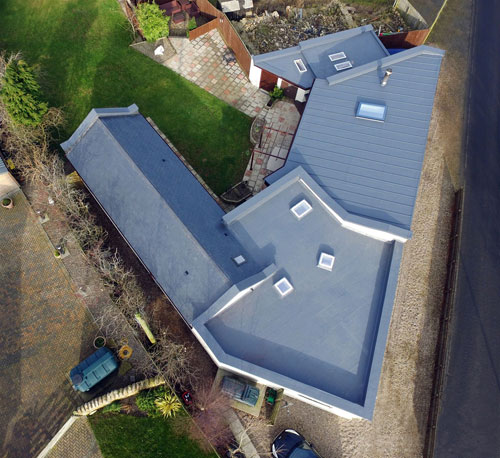 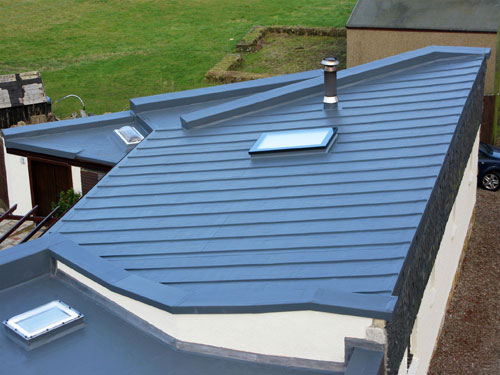 A new SarnafilG410-15EL self adhered, single ply membrane, triple roof has been installed by Pinnacle Roofing (Scotland), based in Edinburgh, on a domestic property in Fawnspark (Loanstone), near Penicuick, Midlothian. The new roof is said to have transformed the property from a ‘tired’ looking 70’s bungalow into a modern looking new build.

The project wasn’t without its challenges including localised, unpredictable weather. The homeowners were living in the property throughout the installation, so Sean Paliczka, director at Pinnacle Roofing and his installation team, ensured that the roof was watertight at all times despite wind and rain. In Sean’s words: “Using a self-adhered system, in Scotland, in October, adds its own dimension to any project!”

As well as beating the weather, time was reportedly of the essence. The self-adhered Sarnafil membrane reduces time on site but, with a complex specification and a tight time frame, the project installation had to be ‘finely tuned’. Sean explained the process: “We worked to a tight schedule having estimated a four week start to finish. However we had to re-roof the slated elevation as the chipboard roof boards were saturated. We stripped the roof, installed sarking boards, re-roofed and renewed all the lead work. Roofing projects often turn up something unexpected and this was a surprise, but we managed it well.”

Careful design and good workmanship are a feature of any Sarnafil roofing project whether commercial or domestic. All Roof Assured by Sarnafil installers are trained, registered and have technical support from the nationwide team of Sarnafil field technicians if it’s needed.

Their training and expertise were put to good use in this project. Sean said: “Due to the detail, a large volume of Sarnametal was used and this was designed by us and fabricated on site using our folding and cutting equipment. This gives the roof a clean look which is modern and sharp. We made sure all detailing was symmetrical throughout and, as well as keeping the aesthetics in place, we used our knowledge and expertise to fix all metalwork in accordance with Sarnafil’s strict guidelines.”

The complexity of the project was further tested with the installation of the decor profile to tie in with the new rooflight on the centre roof. This has become the focal point when viewing the property from the garden and with a 12º pitch there was no room for error.

The project included installing battens and decking, the Sarnavap 5000E underlay/vapour barrier and Sarnatherm G insulation. The client has already reported that the added ‘U’values, created from the insulation, have already made a huge impact.

Summing up the project, Sean added: “It’s not just any roof, it’s a Sarnafil roof.” 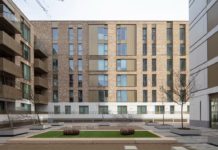 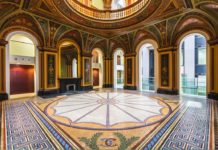 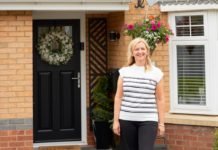