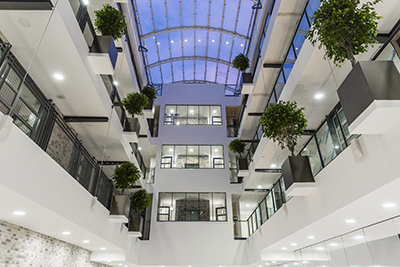 Wrightstyle was definitely hired to supply advanced glazing systems for a high-end apartment complex in Camden Town, London which featured in the last series of TV’s The Apprentice.

In the TV programme, Lord Sugar’s apprentices were given the task of selling the new apartments – set within a refurbished 1930s Art Deco building – which were officially opened by Sir Alan earlier this year.

The imposing building has been transformed by Galliard Homes into a range of 85 one and two bedroom apartments.

The Wrightstyle contract was for unlatched thermal and acoustic doors in 17 different configurations, and for glass-to-glass jointed screens in the main lobby area. The main lobby sits under a four-storey atrium, which is designed to be a multi-faceted chandelier, illuminating each apartment with natural light.

“Advanced glazing systems are increasingly being installed in residential buildings, not simply to protect against fire, but to provide acoustic or thermal performance,” said Lee Coates, Wrightstyle’s technical director.

“With residential specifications becoming increasingly stringent, the glazed components now have to deliver against a range of advanced characteristics, and our systems ranges have been designed to do just that,” he said. 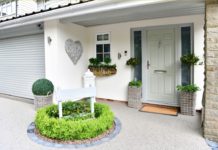