Jade Greenhow, operations director at Insight Data, shares the findings from a recent research project into the PVC-U fabrication market.

At a time in the industry where change, adversity and complications are a regular occurrence, it can be incredibly hard to accurately assess the state of the market.

With the UK fenestration sector continuing to evolve, Insight Data is proud to present our PVC-U Fabrication Review for 2019. The uncertainty of the UK economy, political turmoil and consumer confidence at record lows made 2019 incredibly tough. However, I can assure you that it has not all been doom and gloom.

Using Insight Data’s market intelligence and fenestration database, we conducted a telephone market survey speaking to over 190 of the UK’s top fabricators. We asked all survey respondents to answer honestly to provide a genuine view of the PVC-U fabrication market.

The review particularly focuses on several industry factors: the industry’s confidence in the past and into the future, industry trends, any growth blockers in place and the future of the sector.

Market landscape
Since 2008, the amount of companies fabricating PVC-U has declined by 46.5%. Based on projections in a ‘worst case’ scenario, it is estimated that in 2024 a mere 773 PVC-U fabricators will remain. Should things improve by 2024, it’s estimated 1,103 fabricators will be trading in the UK based on current trends.

It is not just the small retail ‘lifestyle’ businesses packing up, but based on frames per week, larger fabricators are shutting their factory doors too. 8.5% of fabricators have either closed their business, ceased fabricating or reduced their frame per week output since 2017.

Despite this, what is left of the industry, in its core, remains strong. 23% of PVC-U fabricators have adopted aluminium into their portfolios as of 2019. Aluminium continues its surge into the domestic market with high-end products such as bi-fold doors and sliding doors. This, however, can be extended to PVC-U high-end products. Vertical sliders and flush casements are in vogue alongside recent developments in more colours and foils than ever before, which demonstrates the adaptability of the fenestration sector.

Views on the ground
Despite a decline in the total amount of fabricators in the UK, confidence is still high. 70% of respondents said that they performed either “well” or “very well” during 2019. This, alongside 80% of respondents saying they were confident or very confident going into 2020, suggests there is a feeling the sector is starting to stabilise.

Despite data showing no significant increase in frames per week being fabricated, 46% of respondents said they had increased fabrication volumes in 2019. Delving more into the data in a more granular manner suggests that this is correct – but on a smaller scale.

For example, a company fabricating 100 frames per week would have easily increased to 120. 65% of the products being fabricated are going into replacement projects rather than new-builds. The replacement market is still strong, but with Government targets for over 300,000 new-builds by 2020, there is an opportunity to work within the new-build sector.

Brexit uncertainty is revealed as the biggest challenge companies are facing. Raw material costs are a close second, which is suggested to be linked to Brexit uncertainty. Suppliers from outside the UK in all industries are acting cautiously without clarification on what the UK’s position is on Brexit. Skills crisis, decreasing market, competition and demand in products are all heavily mentioned.

Without a doubt, technology and innovation are shaping UK businesses across all sectors. Technology brings growth and opportunity, but it is certainly met with an air of caution. PVC-U fabrication works hand-in-hand with skilled labour and technology.

The split was close when asked whether an increase in investment for more automation within factory machinery in the next three to five years will occur, with 54% agreeing and 34% disagreeing. Increasing productivity and decreasing costs is a goal for any business.

The larger fabricators will achieve this in significant margins by investing in automation, while smaller fabricators may not necessarily see the value in large investments in machinery for minimal fluctuation in productivity.

Technology is here to stay, and companies should start using their own data to analyse and prepare for the invasion of automation in the future.

Powerful insight
The PVC-U Fabrication Review is the first of many regular market reviews planned for 2020. It follows the overwhelming response to our recent research projects into the commercial aluminium market, the conservatory roof market and the industry’s views on Brexit.
These resources can be downloaded for free from the Insight Data website and can be found in the ‘Downloads’ section of the ‘Resource Centre’. 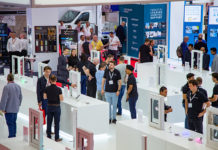 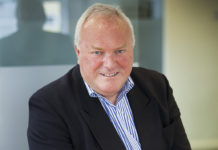 Is the steel reinforcement in your window fit for purpose? 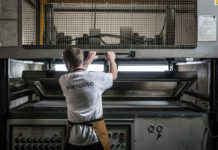