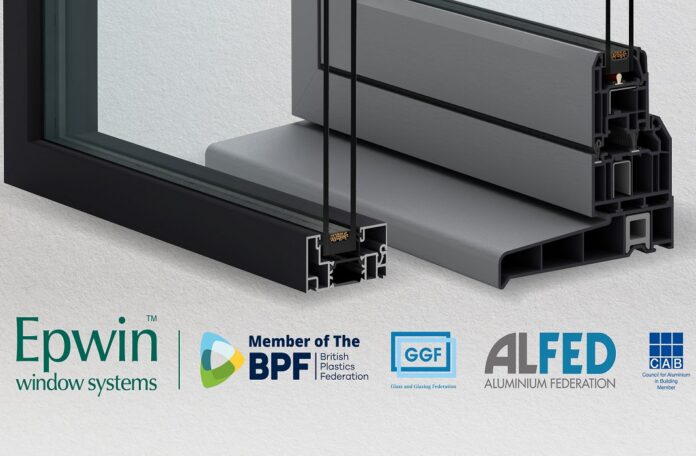 Epwin Window Systems has announced its membership of the Glass and Glazing Federation (GGF).

The GGF is the main representative organisation for companies involved in all aspects of fenestration manufacture both in the UK and internationally. Its mission helps shape the highest technical and health and safety standards across the sector.

The GGF is recognised by government and plays a large part in influencing new standards and regulations, such as the Building Regulations, the rules that govern and control the way buildings are constructed in the UK.

As well as the GGF, Epwin Window Systems holds several other industry memberships and is proactive across many associations. These include a longstanding relationship with the British Plastics Federation Windows Group (BPFWG) since its formation in 1981. Martin Althorpe served as President of the British Plastics Federation (BPF) from 2019 to 2021.

The company became members of the Council for Aluminium in Building (CAB) in 2019 following the launch of the Stellar aluminium system. It continues to build on this relationship with Paul Booth, Design Director at Epwin Windows Systems appointed Chair of the CAB Technical Committee in 2021.

The systems house is also a member of ALFED Aluminium Federation, which represents businesses across the aluminium sector. It is also proactively involved in FENSA, the government-authorised scheme that monitors building regulation compliance for replacement windows and doors. Martin Althorpe is a Board Member of FENSA, representing the BPF.