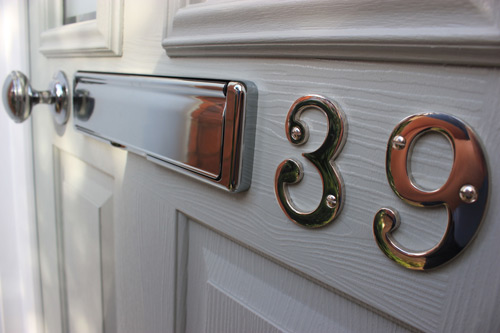 A new report from Palmer Market Research suggests the composite door sector will see significant growth through to 2021.

According to The Market for Domestic Entrance Doors, composite doors now account for 54% of the market, the share rising to 56% by installed value with the inclusion of PVC/ABS faced doors. This follows an above market forecast of 9% increase in volume last year to 758,000 doors.

This contributed to 7.9% increase in installed value for the total entrance door market, the move to composites from PVC-U panels inflating installed prices.

Taken in its entirety, the market for entrance doors, however, remained relatively flat last year at 1.4million door sets, with growth of just 0.9%. This compares to the 2.2% seen last year.

“The longer-term trends in the market have been more muted than those for windows. For instance, the market is now only 5% above the low point in 2012 but 20% below the peak year of 2007,” writes the author of the 2017 Palmer entrance door report.

Despite the growth of composites, PVC-U panels remained the second biggest material, accounting for 25% of the market in volume terms and 24% in installed value. This included modest growth in volume last year of 0.7% to 351,000 door sets.

Steel faced door sets fell 12% in 2016 to 40,000 doors – supplied almost exclusively into new build. Aluminium, again supplied primarily into new build by contrast, as in other areas of the window and door industry recorded growth.

“Going forward, there are a number of factors, which we expect to mute total market growth in coming years,” explained Robert Palmer, Palmer Market Research. “Despite significant demand for new homes, a general slowing of the housing market is having a corresponding impact on new build completions. Consumer confidence has also weakened – something that is very difficult to disconnect from the continuing uncertainty that has accompanied Brexit.

“We expect the coming two years to be fairly tough but, as in previous years, and like other areas of the window and door industry, some products will fare far better than others, with innovation and the shift to higher value installations, key drivers of growth.”