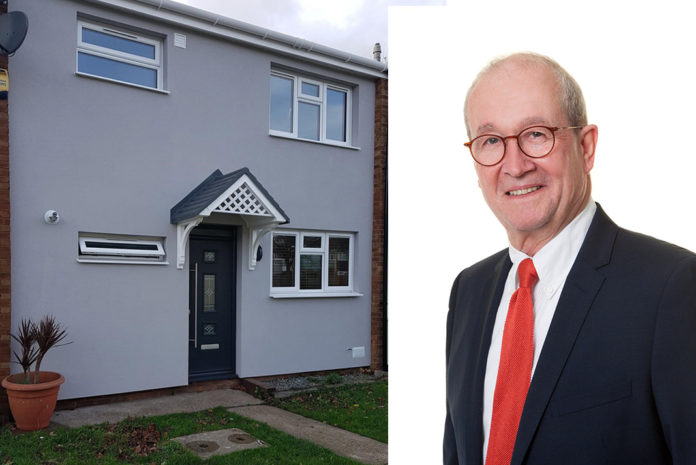 While supply issues right across the market are obviously having a serious impact on fabricators, lead times and operational efficiencies, in most cases it is installers, operating at the sharp end of the industry, who are actually bearing the brunt.

In the commercial market, where there are sometimes penalties for late completion of jobs, the pressure and frustrations have been particularly intense.

For The Window Company (Contracts), which works right across the social housing and commercial new build sectors, obtaining stock to maintain its market leading service levels and avoid penalties has been one of the biggest challenges it has faced since factories reopened in April and May.

Company chair, David Thornton, says that, while he and his team are sympathetic to the problems that fabricators face, installers need open and honest communication from their suppliers if they are to manage their businesses effectively when demand is at the record levels that it is currently. He explains: “We recognise there are shortages on profiles, hardware and glass, but that doesn’t change the fact that we have targets to meet and service levels to maintain.”

One supplier that David singles out for praise however is Emplas, which he says was first out of the blocks when it comes to reopening and first to be up front with customers about the ongoing issues they face.

Emplas is The Window Company (Contracts)’ chosen supplier on a large-scale social housing contract in Essex, where installation was paused during lockdown, but which restarted in June with an immediate demand for several hundred windows per week.

David explains the response: “Emplas were clear in their determination to work together with installers like us to find the best possible solution to stock shortages. When we got notification from them that a confirmed delivery was being delayed at short notice, I actually jumped in my car and drove the two hours to Wellingborough for a meeting with deputy MD, Kush Patel, so that he could explain the supply chain issues they were facing in detail and I could see the situation for myself.

“Once there, I watched how deliveries into the factory were being monitored on an hour by hour basis, and the genuine effort that was being made to be as fair as possible with the materials available. We talked about the implications for both our business and agreed a plan which worked for both of us. That meant we could keep our client informed and put together a revised installation programme and a new set of KPIs for our team.

“Without that level of transparency, the commercial and reputational implications for us could have been much more serious. Kush’s response and the proactive approach taken by everyone at Emplas effectively reinforced to us why they are the right partner on this contract and strengthened rather than weakened our relationship with them. I came away frustrated by Covid, but not Emplas.”

He does however add: “I’m still seeing social media posts from installers complaining about lack of supply and poor communication from certain suppliers, but surely that should be a last resort. If we really are still ‘in this together’, I would hope that talking to your suppliers, meeting them, even visiting them as we did at Emplas, would deliver a better result.”