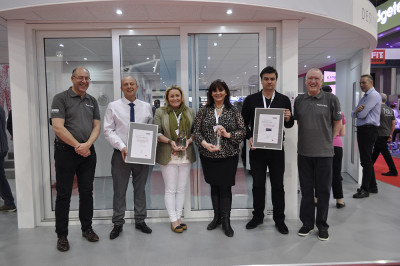 Rehau presented its two Authorised Partner of the Year trophies to the winning customers at the recent FIT show.

The trophies were presented by UK chief executive, Martin Hitchin. He said: “These awards are entirely based on the feedback we get from consumers via the Authorised Partner questionnaires – and Wilmslow Glass and Sedgefield Windows are clearly delighting their customers year after year. They are both using their status as Authorised Partners to win business and are proving fantastic ambassadors for our brand.”