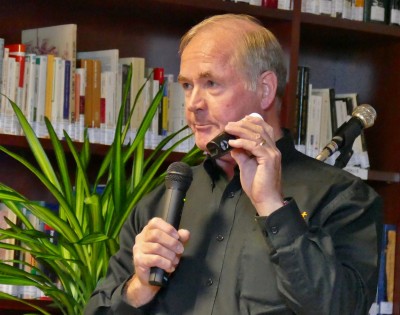 Avocet Hardware has announced that it has become the sole security sponsor of the European Neighbourhood Watch Association (EUNWA) – a move it says positions itself at the forefront of the fight against the rising tide of burglary that is sweeping across the continent.

Clive Lloyd, managing director of Avocet, said: “Across Europe, police forces are reporting significant increases in the number of reported burglaries – and the figures are absolutely staggering. Italy, for example, saw a rise of 61% between 2008 and 2013; France 45%; Germany 41%; and Spain 33%. In fact, only the UK reported a drop during that five year period, but sadly that’s changed dramatically over the last year.”

“Burglary is once again a major problem and our intention is to work closely with EUNWA to help prevent it escalating even further.”

Karl Brunnbauer, founder and president of EUNWA, said: “Citizens across Europe are increasingly worried about becoming victims of burglary and property crime. At the same time, organised crime does not respect national borders and criminal methods are quickly transferred from one country to another.”

“Therefore, we want to do the same with crime prevention strategies and in Avocet Hardware we have a partner not only committed to our cause, but one equipped with an incredible range of existing products, together with new and innovative ideas, which can and will assist in the reduction of burglaries across Europe.”

Avocet recently launched its unique AIM Forensic Security System – a product that sprays burglars with a unique DNA liquid that ties the criminal to the scene of the crime and can be used in court to help secure a conviction. The company also has two of the only Euro cylinder locks in Europe to have both a TS007 3-star rating and Sold Secure’s SS312 diamond accreditation.