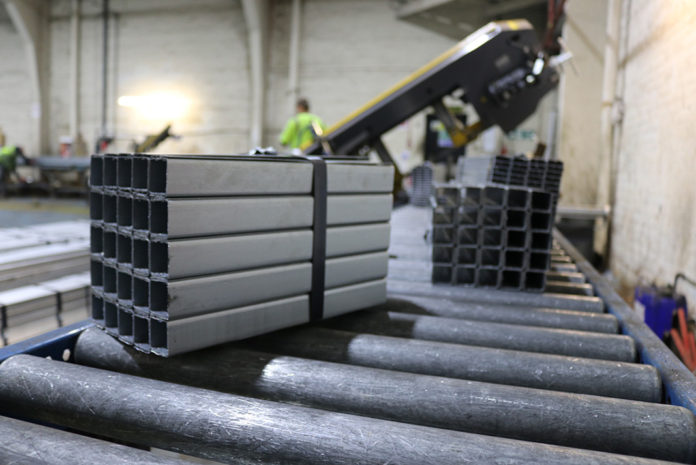 Anglo European has said disruption to the component supply chain is limiting the ability of many fabricators to ship jobs, impacting their cash-flow.

Particularly acute in steel and aluminium component supply, the steel reinforcement specialist said it had so far picked up 20 new customers, in response to disruption within their former supply chains.

This included a number of new business wins from competitors who had still not returned to work, plus fabricators who had previously bought from their systems provider but had encountered availability issues.

Lee Marriott, group business development director, Anglo European, said: “There are a number of issues within the reinforcement supply chain, which mean that fabricators are struggling to source stock.

“Many of our competitors were later back and right now, still aren’t back. The reliance of systems companies on these third-party suppliers has also impacted their ability to supply steels.

“We came back with our customers at the beginning of May,” continued Lee. “Our supply chain is also UK based. We buy product from UK steel manufacturers, we roll it, we cut it and we supply it direct.

“We – and most importantly – our customers, haven’t encountered any disruption. Which means they are getting product out and getting paid. Steel reinforcements are suddenly far more important because supply has been interrupted by lockdown.”

Anglo says this extends to other ancillary products including bay pole couplers and trims. With an inhouse aluminium extrusion facility, Anglo can supply dedicated bay-pole couplers for all leading PVC-U systems.

It also extrudes a universal system which works across them, which means fabricators can reduce stockholding.

“In itself, it’s not necessarily a high-profile product but if you can’t supply windows because you can’t get a bay-pole coupler, it suddenly takes on a lot more importance,” Lee said.

“We’re unique in the UK in that we not only roll steel but also extrude aluminium. We also don’t force fabricators to carry high levels of stock. Our universal bay-pole coupler, for example, is supplied in a single 6m length and two 6m trims.

“We’re not forcing our customers into high levels of stock-holding so their cash isn’t tied up in materials. It arrives with their delivery of reinforcement and a single invoice.”

In buying reinforcement direct, Anglo claims that fabricators can cut the price they paid for steel reinforcement by 30-40%. The figures, which are based on buying-in cut-to-size reinforcement, represent the culmination of labour and employment costs, reduced wastage and the lower unit price achieved through direct supply.

A spooktacular end to a spectacular year for GM Fundraising