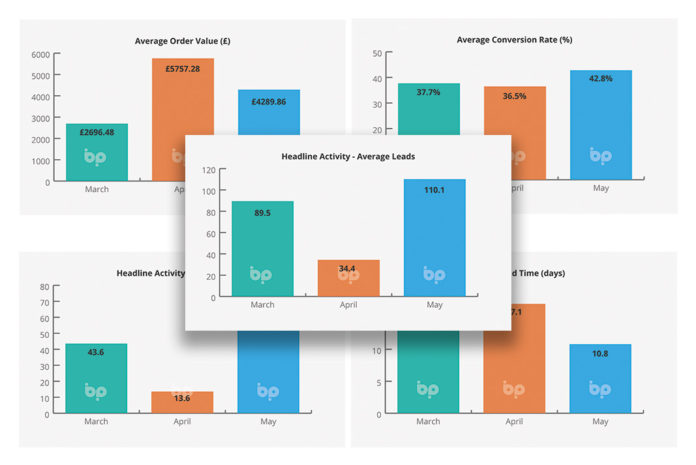 Before I get to our own figures, I want to reflect for a moment on an analysis released at the beginning of this month [June] by Nationwide.

First, it recorded a 1.7% drop in house prices – the largest monthly fall for 11 years. Annual house price inflation also fell to 1.8%. Part of this it attributed to the fact that one in eight of homebuyers, according to its research, were delaying purchases and choosing to sit out the crisis in their existing properties (around one in eight prospective homebuyers).

It also said that policies adopted to support the economy should ‘set the stage for a rebound once the shock passes’, something that would limit long-term damage to the housing market.

So, looking at that cold, ignoring all other data, what assumptions could we make? Well, a slowing of house price increases during March and April isn’t much of a surprise. That homeowners don’t want to over-extend themselves right now is also logical.

The question is where are they going to put their money? The holiday industry is still grounded; the Bank of England has set the base rate at 0.1% – an all-time low – so returns on investments are low and stock markets remain volatile. Could this lead to a boom in home improvement – in the short-term at least?

The answer is far from certain. What we can say with authority, is that window and door retail sales saw a bounce of 350% in May on April, at a time when our estimates suggest up to 80% of the industry was still not back at work.

This needs to be caveated. It follows the 70% drop in sales that we saw in April on March as the crisis took grip. In short, the baseline for May was pretty low – but sales are, nonetheless, heading in the right direction.

The million-dollar question? How much of this was pent up demand i.e. sales and leads taken before lockdown? It’s difficult to call but what we can say is that new leads, those coming onto the system in May, were also up.

The base rate was again low but leads May on April, also jumped 220%. Compared to February this still represents a drop of more than 25%, at a time when it could be argues that the industry had re-entered a period of sustained growth.

However, what it does hint at, is that many of the leads the industry is now seeing are in fact new, and for the moment at least, consumer confidence remains to a degree intact.

Conversion rates, which never actually took the same tumble during lockdown, also remain high, 42.8% in May compared to 36.5% in April and 37.7% in March. If this can be sustained next month, it gives us indication that we may well see, ‘R’ rate permitting, a period of growth through to the end of summer.