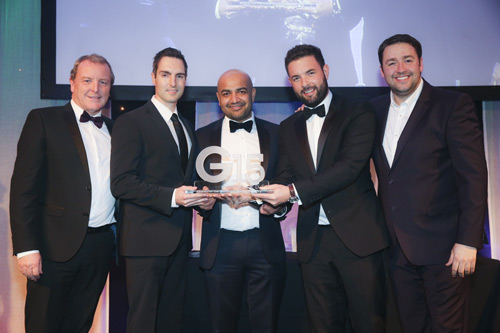 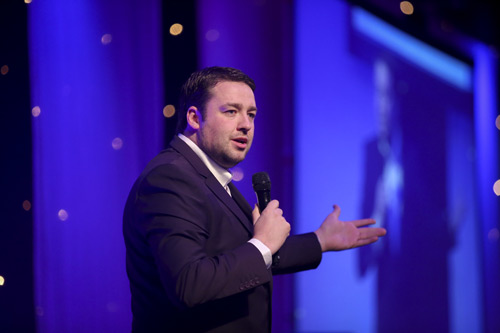 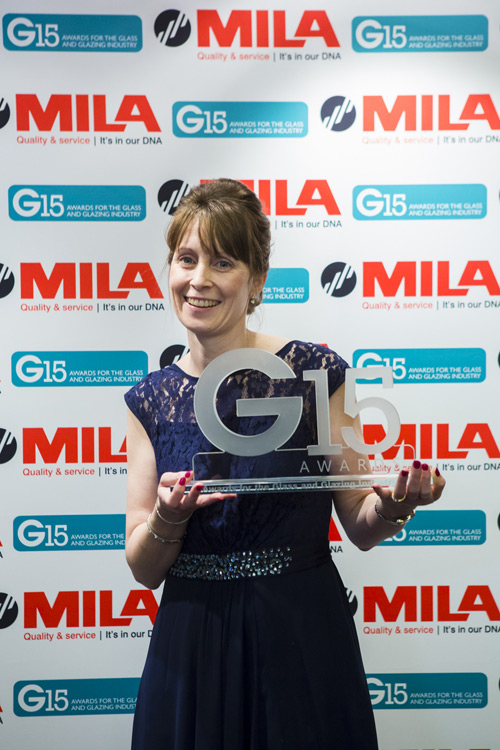 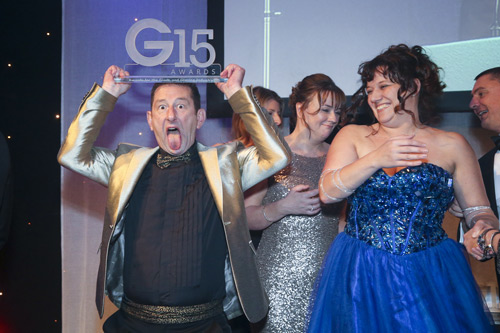 Friday night saw more than 600 people gather in the capital to honour some of the glass and glazing sector’s brightest stars at ‘fenestration industry Oscars’, the G-15 Awards.

Taking place at the London Hilton hotel on Park Lane, the glittering awards ceremony was hosted by popular comedian, Jason Manford, and saw Emplas see off stiff competition to scoop the coveted Fabricator of the Year award.

He said: “This award is testimony to the hard work of the whole Emplas team. We are incredibly lucky in that we employ some of the industry’s most knowledgeable, passionate and committed people and that’s something which translates into the service we deliver to our customers.

“I would also like to say thank you to our customers for their continued support and loyalty and to our suppliers.”

Elsewhere, it was a double celebration for Thermoseal, which was ‘absolutely delighted’ to win both the Training and Development Initiative of the Year and, after several years of trying, the Component Supplier of the Year award too.

Thermoseal’s Sam Hill said: “The Training and Development award was for our manufacturing facility and the bespoke training systems we have put in place there to ensure every member of the team can operate bespoke equipment, complete relevant training courses and are involved in mentoring systems.

“We have been trying to get the Component Supplier of the Year award for several years and we extend our thanks to everyone at Thermoseal Group for their contribution in winning this award. Thank you to Tony Higgin and all of the organisers of the G-Awards. We had a fantastic evening and hope everyone enjoyed the champagne reception we sponsored.”

There was also a double helping of success for Saint-Gobain Glass UK, which topped off its 350th anniversary celebrations by scooping both Glass Company of the Year and The Derek Bonnard Award for Excellence, while hardware supplier Mila, also won two awards: Promotional Campaign of the Year (Trade) for the marketing team and the first ever ‘Unsung Hero’ award for ‘PA extraordinaire’, Amanda Boikovs.

With Amanda, marketing manager Sarah Gyde and marketing assistant, Jo Flinders, all taking to the stage to collect their awards, it was certainly an evening to remember for Mila’s winning ladies.

Sarah Gyde said: “We were thrilled to win for the launch of our ProSecure hinge –especially because we developed the whole marketing campaign in-house and really put our hearts and souls into creating an original concept and then delivering it across the whole marketing mix. We knew it had been a success, just because of the number of enquiries it generated and the sales we’re now achieving of the hinge, but it was a real honour to win an award for it as well.”

Meanwhile the team at Apeer was ‘thrilled and proud’ to win New Product of the Year for ‘trade and consumer hit’, Lumi, with MD Asa McGillian commenting: “It’s been eventful bringing the product to market and we’ve been overwhelmed by the interest in all the Lumi products since our launch earlier this year. Thanks to everyone who has helped and supported us.”

Winning Customer Care Initiative of the Year also rounded off ‘an impressive 2015 awards haul’ for Edgetech UK, with MD Andy Jones, commenting: “The G15 Awards were another fantastic event showcasing just how good our industry really is.

“I thought Jason Manford did a great job of hosting the event and all in all it was a thoroughly entertaining evening, obviously made all the more enjoyable by Edgetech winning the Customer Support Initiative award. A big thank you to Tony and his team for yet another well organised awards ceremony.”