Epwin Window Systems continues to go from strength to strength adding yet another key member to its team, with Katrina Earl following the recent appointment of South East specification manager Andy Smith.

Coming on board as the new Northern key account manager, Katrina joins the Epwin window, door and conservatory systems stable after 13 years at Rehau as one of its key area sales managers. Responsible for selling all brands under the Epwin Window Systems umbrella, Katrina has extensive industry and systems knowledge and is described as a ‘powerful addition’ to the Epwin team.

Katrina said: “I’m extremely excited about the new products and investments Epwin have planned for the next couple of years. When I was told I immediately wanted to be a part of these exciting new developments.”

Commenting on the upcoming FIT Show, Katrina added: “The FIT Show will be a great place for us to showcase our new products, and with it being held in April it won’t be too long until the industry gets a snapshot of what Epwin has to offer in the future.”

Having previously worked for many years with Epwin’s sales director, Wolfgang Gorner, Katrina already understands the ethos by which the company’s sales operations will be run, another reason for her move: “I enjoyed working with Wolfgang and that was also a positive in my decision. We came to share the same standards.”

“I am delighted to be working with Katrina once again,” said Wolfgang. “We have ambitious plans for each of our brands including some tremendous new products and we need the best people in the business to achieve our goals. Katrina has genuine empathy with her customers and now Epwin customers will enjoy that.” 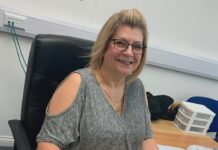