The last Budget of this Parliament held few surprises for construction products manufacturers and distributors, though a number of initiatives will be welcomed according to the Construction Products Association.

Dr Diana Montgomery, the organisation’s chief executive, said: “First, as we have continued to highlight the need for government to clarify its plans to support house building, we are pleased with the innovative ‘Help to Buy ISA’ scheme. This should stimulate home-buyers’ interest in the near term and house builders’ confidence in the medium term – a tonic to the flattening demand we forecast for the private housing sector after the uncertainty of the General Election.

“Second, many of our members, including the steel sector, are energy intensive manufacturers. The plans announced today to bring forward from 2016 to 2015 the compensation for the indirect costs of small-scale feed-in-tariffs are a step in the right direction to improving their competitiveness with European neighbours and levelling that playing field. We only note that a sizeable number of our manufacturers will remain outside this plan and will not see any alleviation of their high energy costs.

“As one of the largest users of the nation’s road network, the construction industry will certainly benefit from today’s cancellation to this year’s expected fuel duty increase. Not highlighted by the Chancellor is the encouraging plan to work with road haulage firms, many supporting our industry, to address the shortage of qualified drivers.

Dr Montgomery concluded, “Frankly, in this last year of the Parliament we did not expect any major revelations, though some of what we’ve heard will certainly benefit our members and the wider construction industry. Of particular interest to us will be the review of business rates flagged by the Chancellor today and the related issues of capital allowances for plant and machinery, all of which has a very real effect on inward investment.”

Elsewhere, the British Woodworking Federation (BWF) expressed its frustration with the Chancellor following the Budget announcement , with Iain McIlwee, chief executive of the BWF, stating: “This was a Budget more about hunting votes from middle England and pensioners than backing business and growth. If the Chancellor wanted to secure the votes from the 100,000 people working in the £3.8 billion wood products manufacturing sector in the UK, he needed to show better recognition that construction and manufacturing will be the key drivers for future growth.

“The promise of 20 new housing zones and a Help-to-Buy ISA might help the housing market a bit, but policy is focussed too much on demand side factors than really getting to grips with the serious problems of undersupply – fundamentally we need to build more houses.  Where was the support for the smaller builder? Where was the incentive for councils to invest more intensely in building in their regions?

“For manufacturers, margins remain thin, payment practices are poor and we face intense competition from imports fuelled by the weak Euro.  Our members will welcome the reduction in corporation tax, but tax remains complex and comes in many guises – for example, pushing up the minimum wage for apprentices above the recommendation of the Low Pay Commission doesn’t walk hand-in-hand with driving growth in apprentice numbers.”

Pointing out the specific impact of apprentice reform on the joinery manufacturing and woodworking industry, Iain McIlwee explained why his members would be so concerned: “T 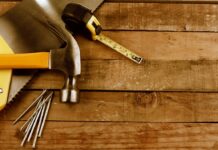 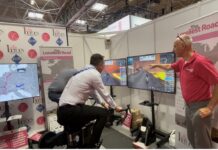 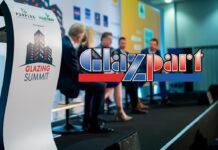