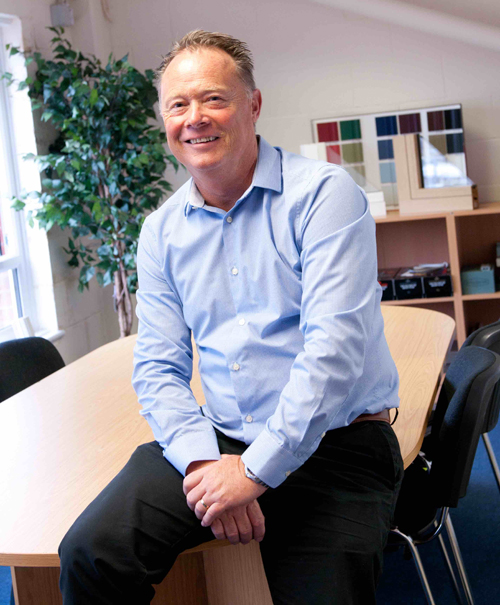 Following the Government’s announcement (31 July) that five manufacturers’ fire doors failed to meet fire performance standards after an on-going investigation by the Ministry of Housing, Communities and Local Government (MHCLG), Tradesmith is suspending the sale of bought-in fire-rated composite doors until further tests have been carried out and the results published.

I expect others who buy fire doors for resale will be doing the same.

The Secretary of State for Communities, James Brokenshire, has instructed major fire door suppliers to meet this week and agree a clear plan of action to tackle the failings, with weekly reports to update him.

The tests are ongoing, and doors that failed have been withdrawn from the market and local trading standards informed. But when five out of six doors tested fail – all big names in the industry – is this the canary in the mine?

As an industry, we talk a lot about standards and quality, and as a trade fabricator in the South East, Tradesmith is, frankly, obsessive about quality and standards, so I’m surprised and appalled by the announcement because we rely on fire doors for our lives.

The investigations are focusing on fire, because of Grenfell, so we can nail what went wrong and put it right. But if this is a broader issue, as Mr Brokenshire says, are we not taking fire seriously, or not taking standards and certification seriously? That’s worrying because you can’t put attitudes and behaviour into compartments – they permeate an organisation. So, is it ‘just’ confined to fire?

We want our buildings to be safe from fire, secure from break-ins, well insulated, and protected from the weather and unwanted noise. And we need products to perform as promised, and standards and certification to mean what they say. We don’t want the equivalent of a VW CO2 emissions testing scandal here. Nor the media pointing a finger at cowboy behaviour. There’s been enough of that in the past, and the industry is a lot better than it was. Or is that just on the surface?

If we sell and install an FD30 composite fire door we, our customers and the public desperately need it to be an FD30 that gives them 30 minutes to get out safely in the event of a fire. We need to trust that it does what it says on the label.

Branding as we know it today originated as an antidote to product cheapening and food adulteration that, like some recent quality scandals in China today, killed customers in large numbers. So, manufacturers put their own name on the products, branding them, so the public could buy with confidence.

How does the industry win that trust back after this?
Sincerely