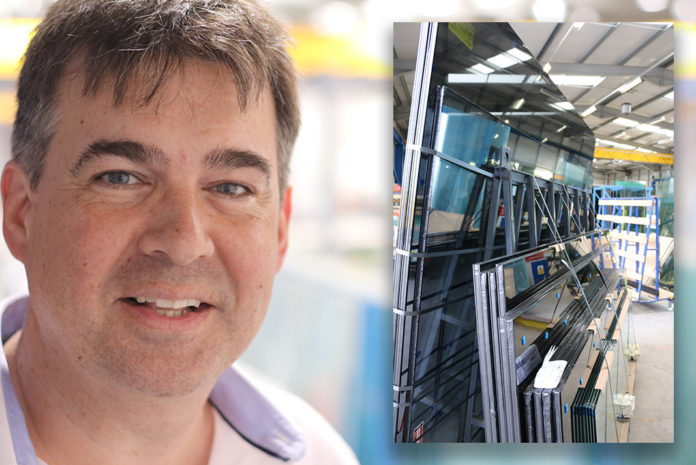 Cornwall Group has said it is progressing three potential acquisitions, having started discussions in lockdown.

Mark Mitchell, chairman of Cornwall Group, said it had received a number of approaches from owners looking to make disposals since March, of which three had now progressed to a ‘meaningful stage’.

He said: “Cornwall Group remains an acquisitive company and it’s always been a part of our growth strategy.

“We’ve received a number of approaches from companies looking to explore opportunities for disposal and those discussions have moved to what I would describe as a meaningful stage, with three.

“There is still a long way to go, none of the three are ‘fire sales’ and whether any of them will come to anything I don’t know – but I believe we are seen as a business which can be approached and can be trusted if you are looking to release assets.”

Cornwall Group was formed on 1 July last year [2019]. It includes Cornwall Glass Manufacturing and Cornwall Glass and Glazing; plus Mackenzie Glass, its merchanting business – acquired by Cornwall Glass in December 2017 from Pilkington/NSG.

It has a track record of acquisitions, which in addition to Mackenzie has included the purchase of Solaglas in 1998, adding Westcountry Glass, Exeter & Mackenzie Glass Centres, the M5 Glass Centre and Colston Glass Centre, amongst others.

This includes its Plymouth operation which is geared towards the manufacture of over-sized IGUs with its Bystronic line capable of handling units of up to 2.7m X 5m.

“Our focus remains the South and the West of England and into South Wales,” Mark continued. “I do believe we’re going to see more consolidation in the coming six to 12-months. This includes not only perhaps some smaller manufacturers but also national manufacturers who may be inclined to step back from some of their downstream activities.

“There may also be a thinning out of large IGU companies. Those companies require a lot of work to feed them

“We aren’t looking to become the biggest but we are confident and planning for growth and continuing investment for a long time to come,” he concluded.

Leads2Trade on lookout for conservatory installers