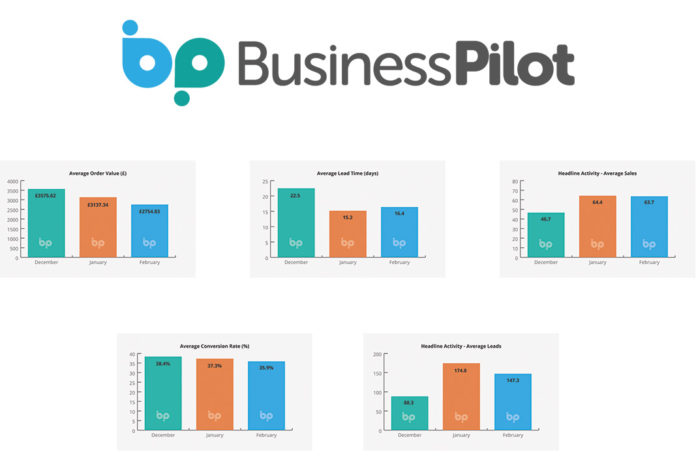 To find out more see www.businesspilot.co.uk/barometer

The industry saw a significant uplift in January, with the number of leads jumping by 97% on figures for December. Although some of this may be attributed to lower levels of activity in retail in December and in the holiday period, it nonetheless represents a significant spike in activity.

This is consistent with a wider analysis which reported increased levels of consumer confidence with the general election result and increased clarity on Brexit.

The consumer confidence index from market research firm GfK rose for the third month in a row, hitting a score of minus seven in February. This compared to a reading of minus 13 a year earlier.

GfK attributing this to a February backdrop of rising wages and house prices, low unemployment and stable inflation.

COVID-19, however, in common with other sectors continues to hang menacingly over the industry, with leads tailing-off towards the end of last month [Feb] contributing to a month-on-month fall on January of 16%. With the virus and its impact expected to get worse before it gets better, it could be expected to suppress consumer demand in the short-term.

Average conversion rates, however, remained high across the three-month period including 38.4% in December. This remained high in January despite the spike in new leads at 37.3%, tailing off marginally in February to 35.9%.

This headline figure, however, hides a 31% drop in sales of timber products January to February and 12% in aluminium. Sales of PVC-U products remained comparatively constant. This drop in sales of higher value products contributing to a 12% drop in average order values in the last month to £2,755.

GGF members urged to ‘be optimistic’ in wake of Brexit