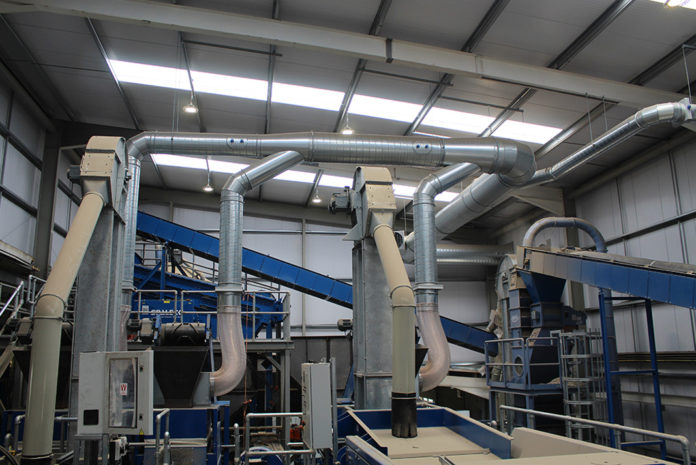 Veka Recycling says it is entering the third phase of a development plan for its new Wellingborough UK headquarters, which will include the introduction of a ‘sophisticated’ refinement process designed to make the UK operation completely self-sufficient.

According to Veka, the latest phase will include the ‘finest equipment of its type’, part of an additional investment of more than £2 million. When fully completed later in 2020, the plant will reportedly be the most advanced of its type in Europe.

In a series of integrated processes that reduce post-consumer and virgin offcut PVC-U frames and profiles into high quality polymer compounds and other reusable materials, the latest equipment to be installed separates, refines, cleans and washes the various component materials. New machinery will include Spaleck recycling screens that vibrate and sieve crushed frames; and Magnapower high performance Eddy Current Separators. The separators sort ferrous and non-ferrous metals from the shredded PVC-U window frames to produce cleaner, metal-free PVC plastics for re-processing and metals including steel and aluminium, that are resold.

Since occupying the site in January 2018, the ground-up construction project is said to have continued with only minimal delays caused by the pandemic closures. After transferring operations from the company’s former location in Kent, the Wellingborough site has continued to receive tonnes of PVC-U post-consumer and virgin offcut frames for initial shredding, with further stages progressively introduced to bring more of the complex processes in-house.

Veka Recycling’s managing director, Simon Scholes, says that this latest investment is a crucial stage in the operation of the site: “From the initial stages that involve the overtly violent and noisy shredding of the still intact frames and profiles that are bulk lifted on to the conveyors at the beginning of the process, these latest additions introduce refinement that results in the end product becoming more discernible as the materials that are our primary purpose.

“Our commitment to producing only the finest PVC-U compounds for re-manufacture into new window frames and other high-quality products, without reliance upon our sister plants, is brought a stage closer with the completion of this latest phase,” added Simon.

The Wellingborough plant will be the third such facility to be built by Veka Umwelttechnik GmbH, the specialist recycling subsidiary of the Veka AG Group, of which Veka Recycling is a wholly owned division.

The company has pioneered PVC-U recycling in Europe with its first plant opening in Behringen, Germany as long ago as 1993. A further facility was opened in France in 2006. The combined capacity of the three Veka plants will exceed 100,000 tonnes of PVC-U windows a year.