A specialist PVC-U sash window fabricator has launched a component designed to make its products look even more like timber.

Buckinghamshire based Roseview Windows, creator of G13 New Product of the Year, the Ultimate Rose, is now offering Rehau’s ultra slim mullion, enhancing the authenticity of its combination windows (when two or more windows are positioned side by side).

Now, rather than having two outer-frames sitting next to each other, which can make the frame appear bulky and distinctly non timber looking, Roseview’s new mullion replaces one of the outer-frames. This considerably slims down the overall width of the frame, giving a more authentic look.

Managing director, Willie Kerr, explained: “At Roseview Windows we have a very strong eye for detail and have always noticed that combination windows don’t look quite as authentic as they could because the two outer-frames positioned side by side made the frame wider. The slim mullion solves this problem and makes an already top quality window look even better. The reaction from customers so far has been positive and I anticipate the slim mullion will be a big seller for Roseview, particularly when the window is destined for a conservation area where aesthetics are even more crucial.”
,
The super slim mullion is available with two Roseview products: G13 New Product of the Year, the Ultimate Rose and the Heritage Rose. Both are made with Rehau Heritage profile, which has the slimmest sightlines of any VS system. The key difference between the two products is that the Ultimate Rose is mechanically jointed and has a run-through sash horn as standard, making it perfect for conservation areas, whereas the Heritage Rose has standard welded joints, with run-through horns as an option.

The slim mullion is just the latest solution in a long line of developments that, according to Roseview, make its sash windows stand out from the competition. This includes a bespoke run-through horn which Roseview developed and launched several years ago.

Unlike many competitor run-through horns, Roseview’s has a flush fitting end cap that closely replicates the look of a timber frame. The company says it also mechanically joints its windows in a ‘unique way’, having developed the mechanical joint brackets itself.

Aside for the Ultimate Rose and the Heritage Rose, Roseview also manufactures the Charisma Rose which is described as a ‘simpler, competitively priced window that’s perfect for new build projects’. 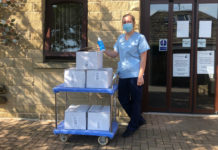 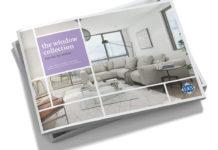 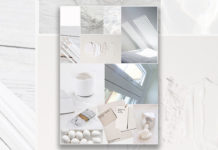